A fine example of a Victorian civic building, it was designed by the Office of the Architect in Chief and built by James Mullen.

The residence was kept apart from the public offices with a private front entrance. A sitting room, kitchen and scullery were on the ground floor, and bedrooms were upstairs.

The first postmaster was John Bastard. Typically Hindmarsh, he also took part in welfare work for the town. His wife was from the Dench family who were pioneers of Hindmarsh’s leather industry.

In 1941 the building underwent alterations to its interior but apart from that is in excellent original condition.

The Post Office closed in August 2012. It is State Heritage listed. 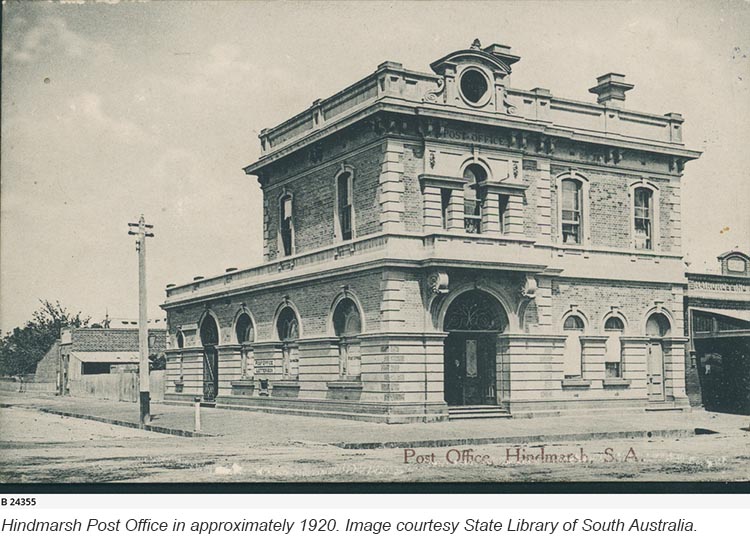