Civic robes date back to medieval England when Mayors were responsible for law and order. They wore clothes to show they were different to other noblemen. In medieval times, the colour red was very expensive to produce and so it indicated wealth.

Our current robes were designed by students from the TAFE SA Fashion Industry Training Program in 2015.

The brief requested a new design that reflected history with a contemporary interpretation. Second-year Bachelor students completed designs as part of their formal assessment tasks.

Each student created several initial designs. We reviewed them all and selected two. One was a more formal winter robe, and the second was a lighter and less formal robe for the summer months.

Abyit Hailu designed the formal winter robe and Lacey Ayers designed the summer robe. They were then manufactured by TAFE lecturer Natasha Taradilis. 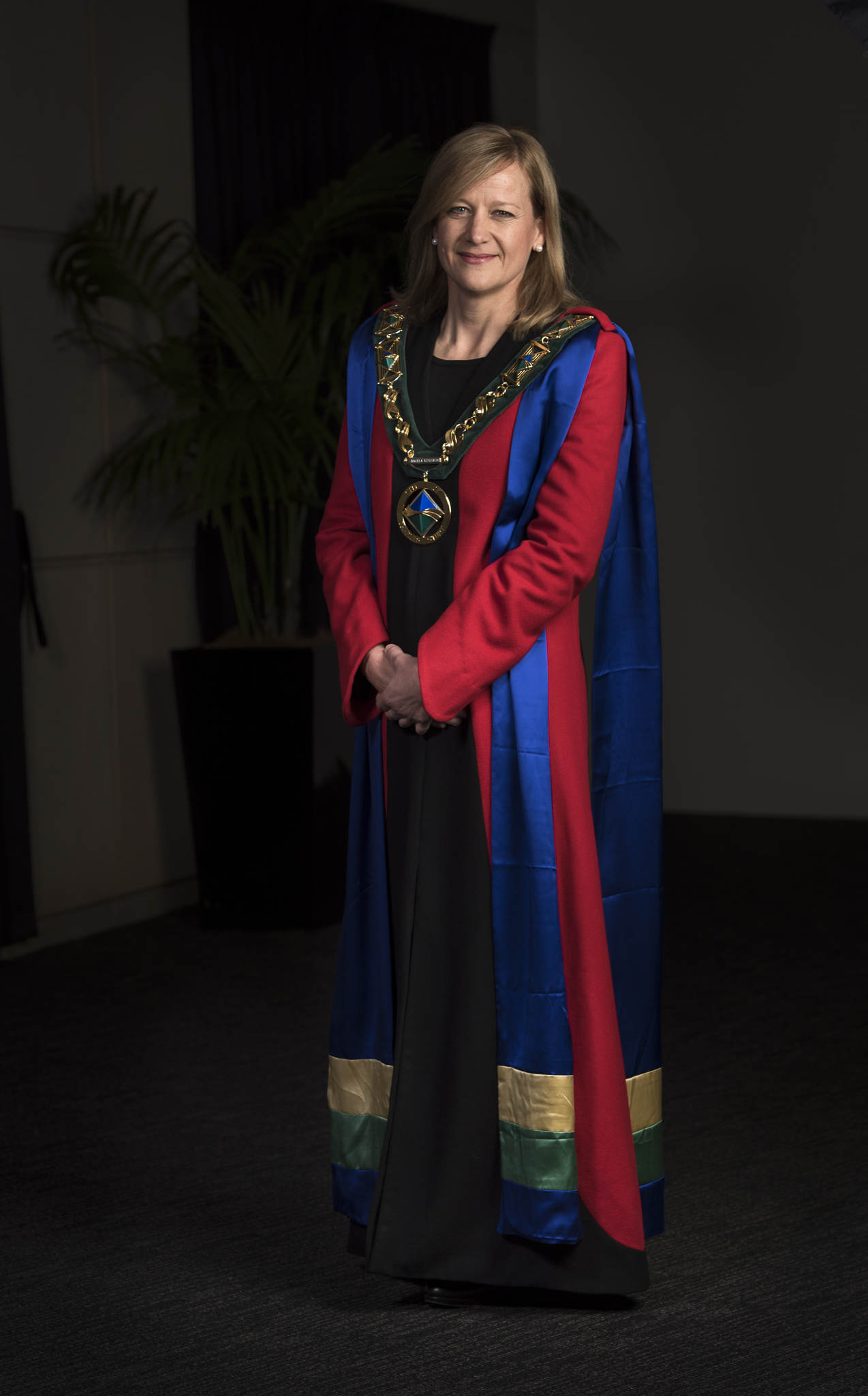 In the 1990s we invited nine students from the Uni SA Jewellery Design program to submit designs for the chain. We selected the winning design from Kylie Keers.

It was manufactured by John Campbell, an experienced jeweller and North Adelaide School of Arts lecturer.

Of the design, Kylie said:

“I spent a lot of time having a look at the surroundings of the City and drew on these elements for my design. The swirls on the chain represent Council’s sea link. I also thought about the tall ships that came to the area many years ago and the billowing, soft sails of these ships.”

The City of Charles Sturt logo features as a main element of the chain. 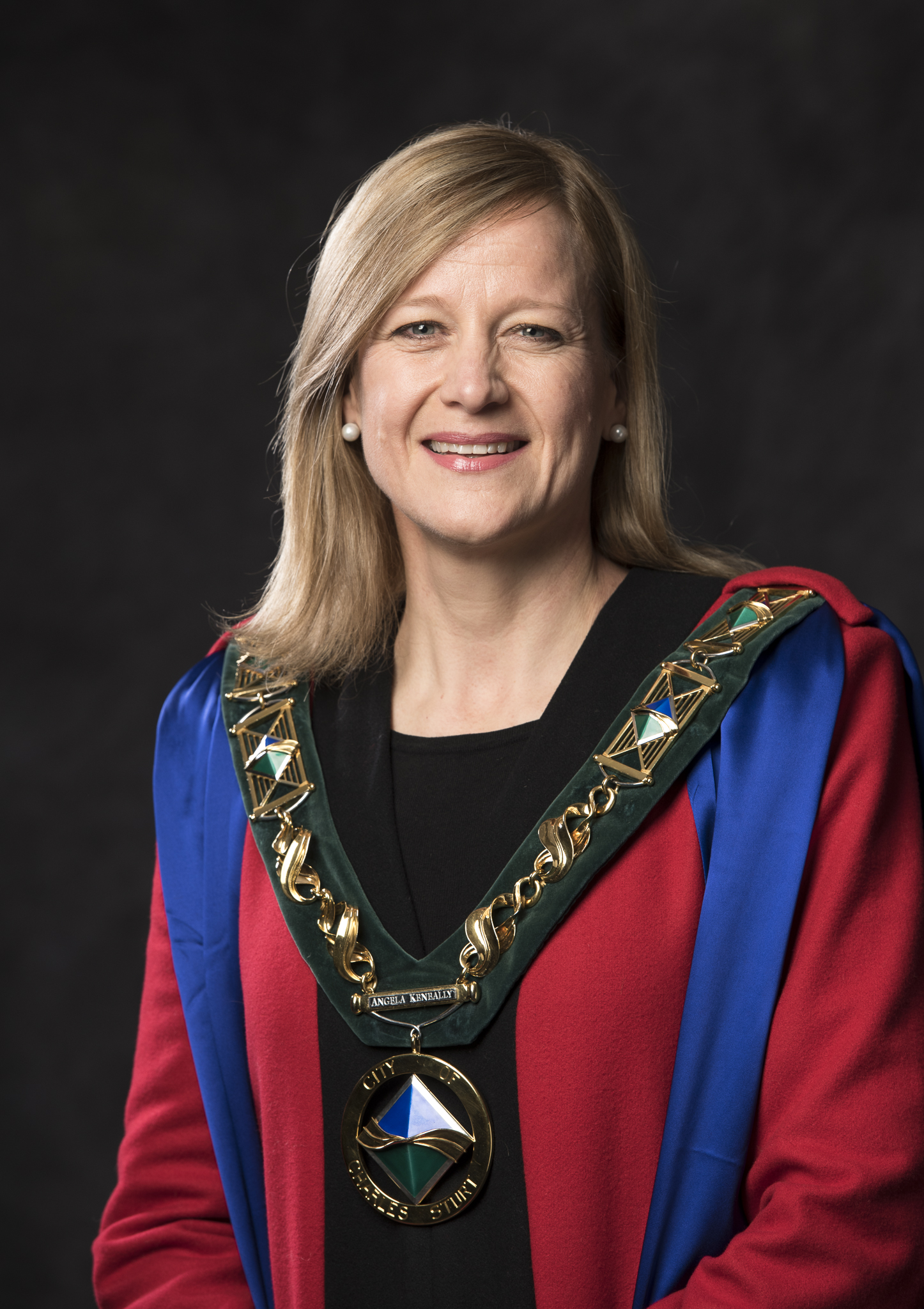 The City of Charles Sturt logo represents the merge of two councils. When our city formed, it brought together Hindmarsh & Woodville and Henley & Grange.

The colours have historical and contemporary meanings. Historically, they represent the councils of past: blue and gold for Hindmarsh, green and gold for Woodville.

Their contemporary meanings symbolise the landscape of Charles Sturt. Blue and green are for waterways, gardens and parks of Henley & Grange, with yellow curves for the River Torrens.

The logo design depicts the flow, integration and cooperation of all facets of life. The strength of the diamond, represents energy and resolve, balanced by the soft flowing curves representing humanty and a caring lifestyle. 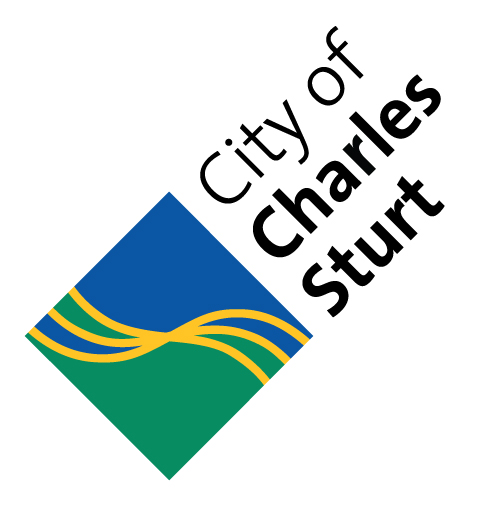 In 1997 the Civic Centre was constructed to house the new City of Charles Sturt council. At that time, we acquired a feature rug in the centre of Council Chambers.

The rug was created by contemporary indigenous design company Balarinji. The company's best known works are its series of Dreaming aeroplanes for Qantas. 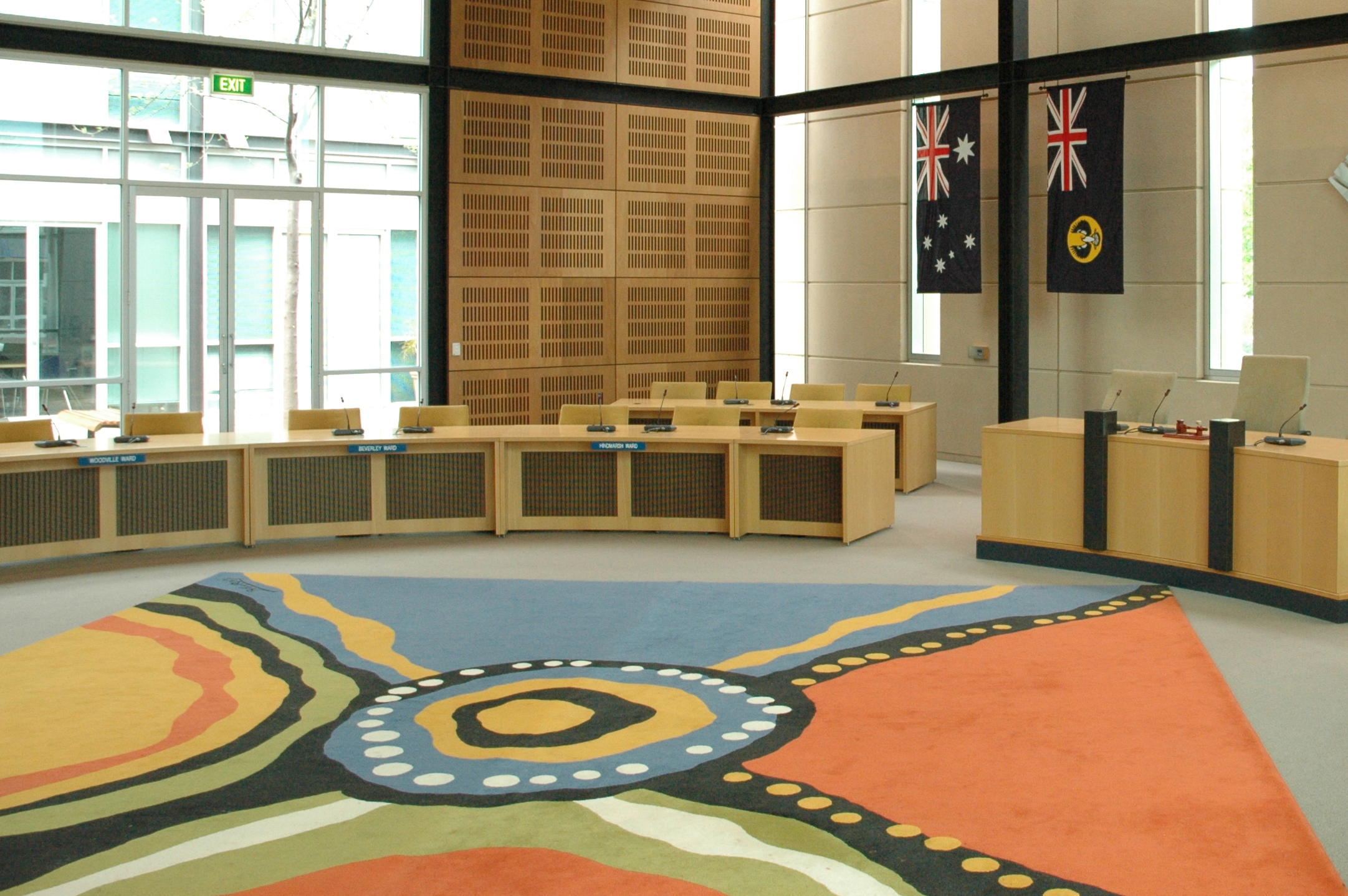